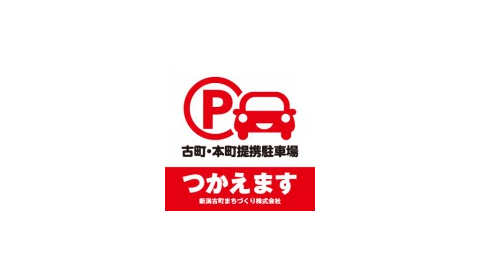 Megane (spectacles) make the life of human beings comfortable, but the opposite can also be true.That is exactly why we want to keep selling our High Quality eyeglasses with a sense of reassurance.

Serving customers kindly,
coping with the low price of supermarkets

Niigata-Gankyoin is a long-established store which was founded in 1925. It is situated along the main street called Masaya-koji and the conspicuous yellow signboard of the store catches the public eyes. “A pair of eyeglasses is a part of an important part of human body and it is quite different from general merchandise goods,” says Shigeru Ueda (68), third president of the store. By being good at looking after customers, and superior technique, the repeat customers are always visiting this store.
The roots of the Ueda family is in Takaoka City, Toyama Prefecture. The family’s job was that of an itinerant medicine peddler, selling medicine in various parts of the country. But in the era of Kōkichi, grandfather of Shigeru, the family’s fortunes declined, and he moved to Niigata Prefecture, neighboring prefecture of Toyama, in search of an opportunity trying to make fortune again.
Here in Niigata City, Kōkichi fastened his eyes on the eyeglasses business, which was quite valuables in his days. There were many government & municipal offices, enterprises and schools, so he estimated the great demand. As the port town, there were many people moving in and out. “In this town, perhaps there was a breeding ground to accept settlers from another part of the country,” surmises Shigeru, the head of the store.
In Furumachi, No. 1 flourishing business area in Niigata City at that time, Kōkichi opened a small shop. However the business was not always sailing smoothly with all sails set. The shop owner who was a theorist type recommended his favorite glasses to the customers persistently. If a customer chose another item, he got angry. This is one of
his amusing anecdotes.
On the other hand, he bought an ophthalmoscope, optometry machine made of Carl Zeiss in Germany, which is said to be worthy of being able to buy one whole new house.
Not by the sensible examination but by the exhaustive examination of eyesight, he was
trusted by the customers.

The years and months rolled by before we knew it. This store became a high levelculture saloon which culture snobs were gathering together. One of the famous men ofculture was Aizu Yaichi who was a famed calligrapher and tanka-poet and other celebrities.
Seiichi, the eldest son of Kōkichi rendered great services in this business. The turning point was the disastrous Niigata Fire in 1955. His store was totally burned down, but he thought that crisis was a big chance. There were a lot of people who lost their glasses by this fire. Setting up a temporary shop, he laid in a stock, replenishing it from hunting up through connection in Toyama.
In that connection let me say that the former mentioned ophthalmoscope was saved because one of the staff carried it out of the fire at the critical moment. The medical equipment is still in existence on the 3rd floor of the store.
Seiichi was teaming up the trading relationship with HOYA lens, which was joining in later as a lens maker at that time. VARYLUX, a pair of bifocal glasses, sold like hotcakes. In the 1970’s, this store’s sales figures ranked within the top ten as a single store, the whole of Japan.
From the 1990s, Shigeru who became actually head of the shop has a sound attitude to business. New influences of his generation are ascendant in the world of eyeglasses. No effective means has been found for dealing with these low-priced chain stores. Aiming at the store which people are confident of choosing their glasses, Shigeru made most of the 20 shop assistants obtain a qualification of glasses prescription. This qualification for eyesight test, choosing the lens and adjusting the fitting of glasses is obtained by the high-leveled standard of knowledge and technique.
There are quite a few shop assistants who are over the 60’s at this shop. Regular customers name the fixed shop assistants, who have to study very hard to correspond their requests. “The strong bonds between the customers and the shop are supporting one another,” says Shigeru, head of the store. There are no holidays for the customers’ eyes.
Therefore, there are no holidays in this store except New Year’s Day.